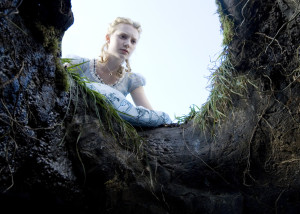 I never understood director Tim Burton’s decision to name his latest film, "ALICE IN WONDERLAND". I mean . . . why did he do it? His new movie was not another adaptation of Lewis Carroll’s 1865 novel, "Alice's Adventures in Wonderland". It was a sequel set thirteen years after the original story. So why use the shortened version of the title from Carroll’s original title? ( Collapse )
Collapse