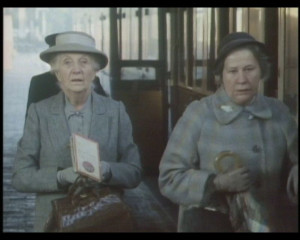 The 1957 Agatha Christie novel, "4.50 From Paddington" aka "What Mrs. McGillicuddy Saw" has been a favorite of mine since I was in my early teens. There have been one film and two television adaptations of the story. I never saw the film adaptation, which starred Margaret Rutherford. But I have seen the two television versions. One of them was the 1987 BBC adaptation that featured Joan Hickson as Miss Jane Marple. ( Collapse )
Collapse