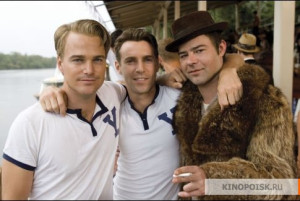 Within the past decade, there have been a few television and movie productions about the history of espionage during the pre-World War II era and the Cold War. One of those productions turned out to be the 2007, three-part miniseries about the Central Intelligence Agency (C.I.A.) called "THE COMPANY". ( Collapse )
Collapse