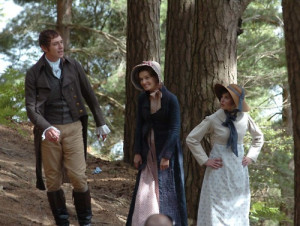 As far as I know, there have only been two screen adaptations of Jane Austen's 1817 novel, "Northanger Abbey". The first adaptation aired back in 1986. And the most recent aired on Britain's ITV network back in 2007, as part of a series of dramas called Jane Austen Season. ( Collapse )
Collapse