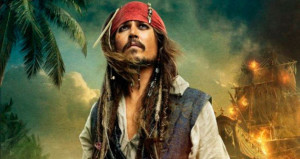 Three years ago, I had ranked the then three "PIRATES OF THE CARIBBEAN" movies. With an addition of a fourth movie, I decided to list a new ranking, starting with my favorite to my least favorite. The first three were directed by Gore Verbinski and the fourth one was directed by Rob Marshall. All four were produced by Jerry Bruckheimer. The movies starred Orlando Bloom, Keira Knightley, Geoffrey Rush, Penelope Cruz and Johnny Depp as Captain Jack Sparrow. Here they are:( Collapse )
Collapse