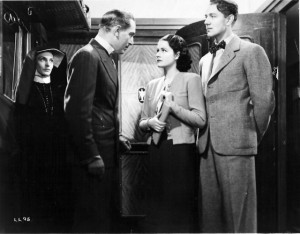 During a seventeen year period between 1922 and 1939, legendary director Alfred Hitchcock became one of the more prolific directors during the early years of British cinema. Films such as 1934's "THE MAN WHO KNEW TOO MUCH" and 1935's "THE 39 STEPS" caught the attention of film critics and Hollywood producers. But it was 1938's "THE LADY VANISHES" that paved the way for Hitchcock to achieve Hollywood fame and fortune. ( Collapse )
Collapse