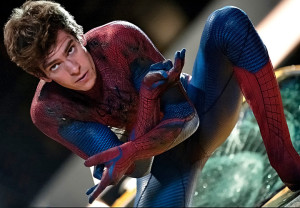 Five years after the release of 2007's "SPIDER-MAN 3", Sony Pictures and Marvel Films decided to release a new SPIDER-MAN movie. The latter proved not to be a third sequel to the 2002 movie, "SPIDER-MAN". Instead, it turned out to be a franchise re-boot featuring a new actor in the lead and the first film of a new trilogy. ( Collapse )
Collapse