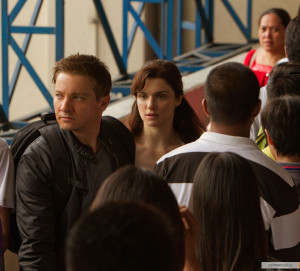 Following the success of the 2007 movie, "THE BOURNE ULTIMATUM", Universal Pictures announced its intentions to release a fourth movie featuring the amnesiac CIA assassin, Jason Bourne. However, their plans nearly folded when actor Matt Damon announced that he would not do a fourth movie.( Collapse )
Collapse