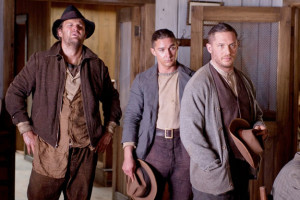 A Virginia-born writer named Matt Bondurant wrote a historical novel called "The Wettest County in the World" back in 2008. He based the novel on the exploits of his grandfather and two granduncles, who ran a massive moonshine operation during the later years of the Prohibition era, in the mountains of southwest Virginia. Four years later, a movie version of Bondurant's novel finally hit the movie screens at the end of the summer. ( Collapse )
Collapse