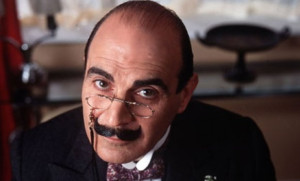 With one more season of "AGATHA CHRISTIE'S POIROT" left with David Suchet as the famous literary Belgian detective, I thought it would be nice to rank some of the series' feature-length movies that aired between 1989 and 2010. I have divided this ranking into two lists - my top five favorite movies and my five least favorite movies: ( Collapse )
Collapse