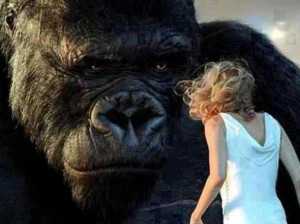 Several years ago, producer-director Peter Jackson had stated in an interview that one of movies that had inspired him to become a filmmaker was Merian C. Cooper's 1933 hit adventure film, "KING KONG". Sixteen to eighteen years after his first directorial effort, Jackson was finally able to pay tribute to his inspiration with a remake of the 1933 film. ( Collapse )
Collapse