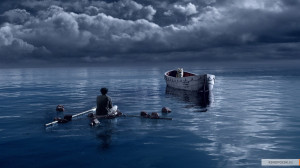 It has been a while since Hollywood went into a tizzy over a movie directed by Ang Lee. His latest opus turned out to be "LIFE OF PI", an adaptation of Yann Martel's 2001 fantasy-adventure novel. The movie earned at least eleven nominations and won at least four, including a second Best Director Academy Award for Lee. ( Collapse )
Collapse