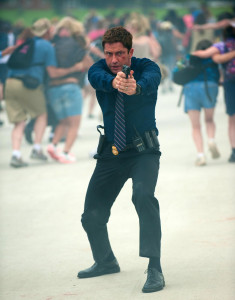 During the late winter/early spring of 2013, the American public found itself bombarded with constant media coverage of militaristic chest thumping from North Korea. By some strange coincidence, Hollywood released two movies featuring the North Koreans as the main villains between September 2012 and March 2013. One of those movies turned out to be the recent action thriller called "OLYMPUS HAS FALLEN". ( Collapse )
Collapse